My early days in South Africa 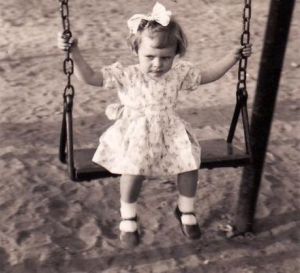 At the Mary Moffat School in Mufulira,  Northern Rhodesia
(Mary Moffat was the wife of African Exlporer David Livingstone)

At the Ross Avenue Primary School in Mufulira, Northern Rhodesia

As a Ballet, Tap and Modern Dance student of the Valdette School of Dance, Mufulira, Northern Rhodesia taking part in the annual dance show and end of the year pantomines. 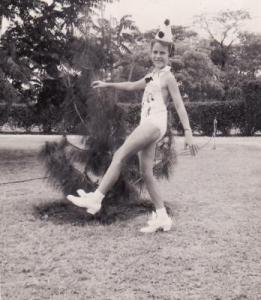 As a Chelsea Pensioner

My brother Walter and I on our bicycles at home in Quorn Avenue, Mufulira, Northern Rhodesia 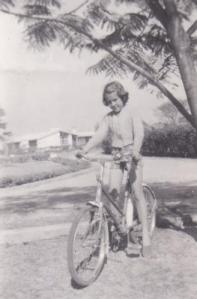 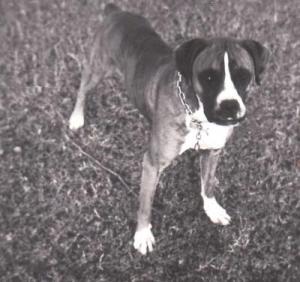 When a monster chameleon decided to take up residence in our garden, we took the precaution of scanning the trees to make sure of its whereabouts before we climbed them. The chameleon was the size of a small cat. It seems the closer one gets to the equator, the bigger some of these lizard-like creatures grow. Once when my father, Wally and I were in our back yard, this giant chameleon attacked Major, biting firmly onto his bottom lip. The dog yelped in pain and reversed rapidly until the chameleon let go.
Excerpt from my book Returning to Myself 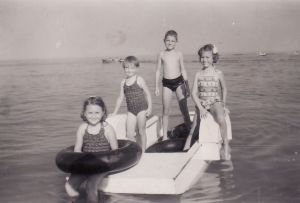 While the dads busied themselves motor boating and water-skiing, we kids borrowed the camp’s small boat and took it out on the lake. There were no paddles, so Lynn, Ingrid, Wally and I swam it out to the deep waters and used it as a platform from which to dive into the water where we spent most of our days. The noise of the motorboats kept the crocs hidden in the swamps.
Excerpt from my book Returning to Myself

With my little brother Mark, early 1961 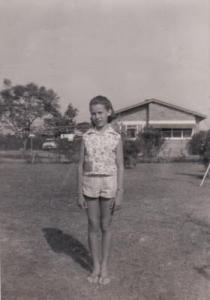 In our back yard in Quorn Avenue, Mufulira 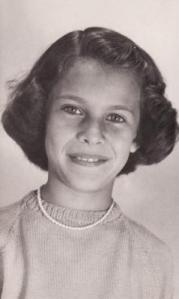 On the high diving board on Mufulira’s olympic size pool.
We swam and dive-bombed each other as we hurtled off the high diving boards; sometimes we belly-flopped from these high boards to see who could sting their stomach the worst. The long hair of blonde girls was almost permanently green from the chlorine in the water. We lazed away in the sun having not a care about the dangers of the sun’s baking rays.
Excerpt from Returning to Myself 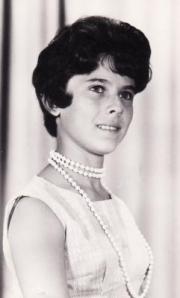 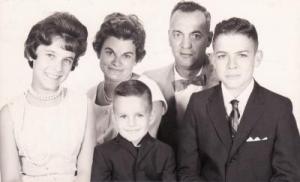 My family on holiday in South Africa

On Saturday afternoons, I attended judo classes at the high school hall. I came third in my category in the national championships. The instructors knew things were getting rough, so they took the girls aside and taught us a few karate moves that could do sufficient damage to immobilise any attacker. Self-preservation sometimes requires defensive tactics. Living in these conditions makes one keenly aware and observant. 2nd row, 2nd left.
Excerpt from Returning to Myself 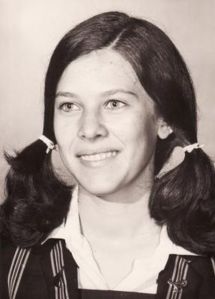 Joan Lincoln and myself in full summer uniform. 1968 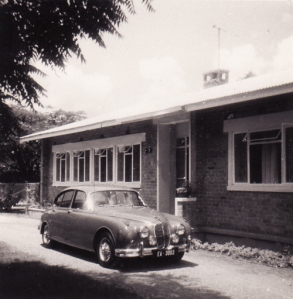 On our trampoline at home in Mufulira 1967
The Bancroft swimming pool had a trampoline, but after a little boy was hurt it was disassembled. My father bought it and one Saturday afternoon we drove to Bancroft in the mine’s VW Microbus van to load it up. Our garden boy dug a big hole in our backyard and it was reassembled. Around Guy Fawkes, if one of us was jumping on the trampoline when a cracker went off in the neighbourhood, Beau, our mango-eating German shepherd, terrified of the bangs leapt onto the trampoline to be close to someone. A stiff-legged dog being bounced up and down on a trampoline is a hilarious sight.
Excerpt from Returning to Myself

Home from boarding school for Christmas 1967 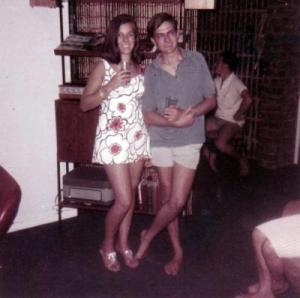 With the late Pavarotti, Cape Town, 1997

On the Symphony on route to Basaruta Island, Mozambique with my son and daughter 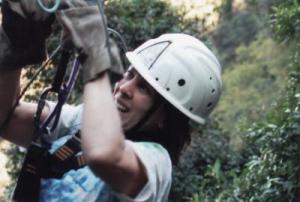 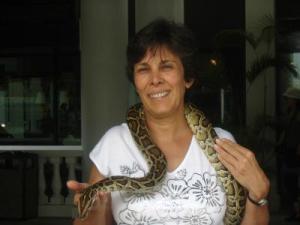 With a rock python, Sentosa, Singapore. 2004 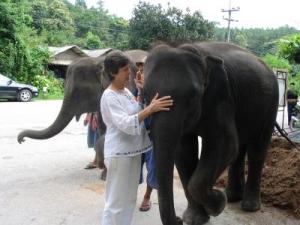 With David Icke in Magaliesburg, South Africa. May 2005