When people are half asleep the wool is easily pulled over their eyes.
Linda Smith

War is a tool of politics, a game of mass murder.
Linda Smith

‘It is impossible for capitalism to survive, primarily because the system of capitalism needs some blood to suck. Capitalism used to be like an eagle, but now it’s more like a vulture. It used to be strong enough to go and suck anybody’s blood whether they were strong or not. But now it has become more cowardly, like the vulture, and it can only suck the blood of the helpless. As the nations of the world free themselves, the capitalism has less victims, less to suck, and it becomes weaker and weaker. It’s only a matter of time in my opinion before it will collapse completely.’
Malcolm X

‘That which the Fascists hate above all else, is intelligence.’
Miguel De Unamuno

‘Dictatorship naturally arises out of democracy, and the most aggravated form of tyranny and slavery out of the most extreme liberty.’
Plato

‘The world cannot continue to wage war like physical giants and to seek peace like intellectual pygmies.’
Basil O’Connor

‘Idealism is the noble toga that political gentlemen drape over their will to power.
Aldous Huxley

‘If a thousand men were not to pay their tax-bills this year, that would not be a violent and bloody measure, as it would be to pay them, and enable the State to commit violence and shed innocent blood. This is, in fact, the definition of a peaceable revolution, if any such is possible.’
Henry David Thoreau

‘Propaganda does not deceive people; it merely helps them to deceive themselves.’
Eric Hoffer

‘The art of governing mankind by deceiving them.’
Benjamin Disraeli 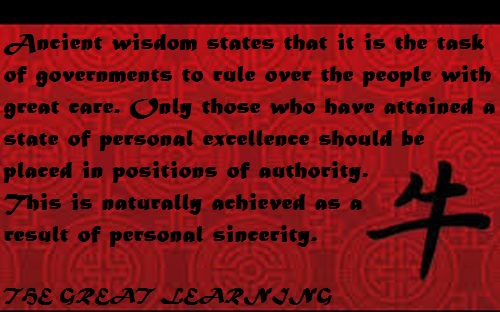 ‘Politics is a choice of enemas. You’re gonna get it up the ass, no matter what you do.’
George V. Higgins

‘Rules and regulations are the guidance of the intelligent and the blind obedience of the idiot.’
Beric Icke

‘The less government we have the better.’
Ralph Waldo Emerson

‘Democracy is a con game. It’s a word invented to placate people to make them accept a given institution. All institutions sing, ‘We are free.’ The minute you hear ‘freedom’ and ‘democracy’, watch out… because in a truly free nation, no one has to tell you you’re free.’
Jacque Fresco

‘Politics and the fate of mankind are shaped by men without ideals and without greatness. Men who have greatness within them don’t go in for politics.’
Albert  Camus

‘It is the American vice, the democratic disease which expresses its tyranny by reducing everything unique to the level of the herd.’
Henry Miller

‘Authority is never without hate.’
Euripides

‘Prohibition goes beyond the bounds of reason in that it attempts to control a man’s appetite by legislation and makes crimes out of things that are not crimes.’
Abraham Lincoln

‘Liberty doesn’t work as well in practice as it does in speeches.’
Will Rogers

‘The penalty good men pay for indifference to public affairs is to be ruled by evil men.’
Plato

PIMPED RIDE
What better way
My dear
To ride free through
Africa
Than on the back
Of a scavenging politician
With bulging cheeks
Stuffed full,
Looking for more?

ONE WORLD ORDER
Squeezed inescapably
In powerful tightening
Cold financial coils
And strangling laws
Of high collaboration.
But is the quiet
Smiling peace
Of self-satisfied dreaming
Even the python
Dies of sepsis
In three days
From the tiniest rat bite.
Graham Vivian Lancaster

‘THE STRUGGLE’
Freedom struggles
of yours and of mine,
the dreams of perfection
of our own making,
you to your way,
me to mine.
our struggle is over,
and yet it continues
for everyone’s dream,
for you and I achieved nothing,
in your way,
and me in mine.
Graham Vivian Lancaster

Re-elected
Corruption supreme
Innocence
Decrying himself –
But only in others,
Womanising
Umbrella father
Rapist
Showering off aids
Election cry
Fixing this
Fixing that
Fixing all he broke
Sprouting on
Savouring every word
Of his own uneducated voice.
But you can’t fix a pothole
With an arsehole
Graham Vivian Lancaster

‘Liberty has restraints but no frontiers.’
David Lloyd George

‘Every Communist must grasp the truth: Political power grows out of the barrel of a gun.’
Mao Zedong

‘The history of an oppressed people is hidden in the lies and the agreed myth of its conquerors.’
Meridel Le Sueur

‘Those running the country aren’t any better at the job than the average man walking down the street. What they are good at is getting elected. They do this by promising folks something they normally couldn’t get by honest means. Nine times out of ten that promise is no good. The tenth time is made good by stealing from one group to give to another group. So in effect, every election campaign is just a prior notice of stolen goods.’
H L Mencken

‘Giving money and power to government is like giving whiskey and car keys to teenage boys.’
P.J. O’Rourke

‘In order to become the master, the politician poses as the servant.’
Charles de Gaulle

‘Politicians are like diapers. They both need changing regularly and for the same reason.’
Unknown

‘I believe that political correctness can be a form of linguistic fascism, and it sends shivers down the spine of my generation who went to war against fascism.’
PD James

‘Political language … is designed to make lies sound truthful and    murder respectable, and to give an appearance of solidity to pure wind. ‘
George Orwell

‘I believe that banking institutions are more dangerous to our liberties than standing armies. If the American people ever allow private banks to control the issue of their currency, first by inflation, then by deflation, the banks and corporations that will grow up around the banks will deprive the people of all property until their children wake-up homeless on the continent their fathers conquered.’
Thomas Jefferson 1802

‘It is hard to say why politicians are called servants, unless it is because a good one is hard to find.’
Gerald F. Lieberman

‘It is a vain hope to make people happy by politics.’
Thomas Carlyle

‘What this country needs is more unemployed politicians.’
Edward Langley

‘The only difference between death and taxes is that death doesn’t get worse every time Congress meets.’
Will Rogers

MEMORIES OF MANICALAND
On misty and lonely hills
the remnants of once abundant crop production
pitiful in their neglect
now entwined with weeds,
serve as a reminder of political irresponsibility.

When are we, the citizens of Africa,
magnificent continent of abundant sunshine,
with great strength of manpower
going to realise that together
we are able to keep the wheels of industry turning,
to feed ourselves with plenty to share and spare?
Linda Smith

ZIMBABWEAN DRUMS
‘The drums are calling, old man, and they are louder by the day.
They are calling you to judgment and now’s the time to pay,
for the wrongs you’ve done your country and the trust betrayed.
So hear those drums swelling, hear well and be afraid.
You came to power on waves of hope that you would make your mark,
in a land that shone in Africa like diamonds in the dark.
In simple faith the people put their trust in your care,
and were repaid by the Fifth Brigade and the CIO and fear.
Twenty eight years of motorcades and lavish trips abroad,
A nation’s heritage is lost through patronage and fraud.
The Chiefs grow fat while people starve and famine stalks our homes.
On idle farms the weeds grow rank and cover cattle bones.
The youth are taught your slogans but even as they sing
The drums of change are beating for the truth is seeping in.
The demagogue has feet of clay and lies will not sustain
the shattered land that once seemed free and will be so again.
Too late to blame the drought, the Brits, the Whites, the MDC.
For all know where the finger points with cold finality.
So hear the drums, old man, and listen to them well,
They foretell of your end days and they have much to tell.
For he who sows the seeds of hate will reap the grapes of wrath,
so tremble in your bed at night, at the end of your sorry path.’
Unknown

Attribute to the Rt. Hon. Ian Douglas Smith, Prime Minister of Rhodesia, GCLM ID 1919 – 2007, the greatest statesman and visionary of the 20th century.
Ian Smith, a man respected by his enemies.

I am not white and never took you to be my Prime Minister then.
I am black and would rather have had you as my Prime Minister now.
You were right but had to leave government
but I was wrong and chose to leave my country.
I am proud of what I have become,
but you are the man who led a country that made me the person I am.

On behalf of the many black faces who dare not say;
If ever you were hated, you were honestly loved more.

‘It is the nature, and the advantage, of strong people that they can bring out the crucial questions and form a clear opinion about them. The weak always have to decide between alternatives that are not their own.’
Dietrich Bonhoeffer